California Listens
Stories about being Californian

California Listens: Stories about Being Californian is a project of the California State Library being implemented by Berkeley-based StoryCenter over the last three years.

The primary goal is to collect 10 2-4 minutes digital stories from the more than 50 Public Libraries around the State of California.  In addition StoryCenter will work with a number of libraries in building their capacity for carrying out recorded conversations using the Listening Station, an iPad-based recording kit and app developed specifically for this project.

The stories will exist as a collection for the State Library at archive.org, and for participating libraries.

The digital stories were created in series of two day workshops for 6-12 participants hosted at each library.

StoryCenter is a 37 year old non-profit arts organization that has operated for the past 17 years (until Sept. 2015) as the Center for Digital Storytelling. SC/CDS is recognized internationally for the evolution of the digital storytelling genre of short personal films growing out of personal archival material and created in community-based group process. The model of their work has been integrated into education, social services, public health, museum and libraries, environmental, social justice and numerous other contexts throughout the world. Over the 23 years of its efforts in participatory media, StoryCenter itself has delivered work in all 50 United States, some 62 countries, helping over 25,000 people to complete films, and creating an international movement of practitioners that has gathered at some 17 international gatherings.

On behalf of the State Library, StoryCenter coordinated all aspects of the project this summer, and provided consulting support for libraries during the project period.  The project was developed as part of an Institute of Museum and Libraries grant for California Revealed, to support the digitization process of public libraries throughout the State.  Califa Group acted as project contracting support and WeVideo.com provided technological support. 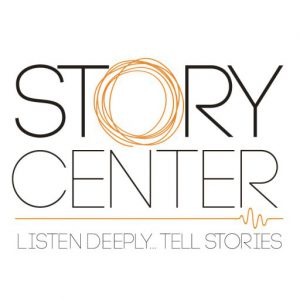